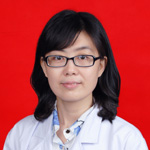 Cardiac remodeling is the common pathophysiological process of a variety of heart diseases toward heart failure. The existing treatments are still poor efficacy in a number of patients with the poor prognosis. It was well known that microRNAs are endogenous non-coding RNA molecules that regulate gene expression, which result in either gene degradation or translational repression. The miRNAs are critically involved in many biological processes in disease. Previous studies have shown that miR-30 could decrease autophagic activity in cancer cells by negatively regulating Beclin-1 gene expression. However, the research on miR-30 is blank in the field of cardiac remodeling. This study aimed to investigate the functional significance of miR-30 in cardiac remodeling induced by pressure overload using conditional miR-30 knockout mice. We found that miR-30 deficiency resulted in severe hypertrophy, fibrosis, and dysfunction in mice compared with the control group which used the wild-type mice. We discovered that the expression of Beclin-1 was significantly increased in miR-30 deficiency hearts when compared with control hearts. Our study suggests that miR-30 might be a novel target for the treatment of pathological cardiac hypertrophy and failure.