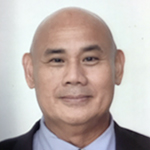 2nd International Translational and Regenerative Medicine Conference
Dan Tagle is associate director for special initiatives at NCATS. He also recently served as acting director of the NCATS Office of Grants Management and Scientific Review and currently serves as executive secretary to the NCATS Advisory Council and Cures Acceleration Network Review Board. Prior to joining NCATS, Tagle was a program director for neurogenetics at the National Institute of Neurological Disorders and Stroke (NINDS), where he was involved in developing programs concerning genomics-based approaches for basic and translational research in inherited brain disorders.
Prior to joining NINDS in 2001, Tagle was an investigator and section head of molecular neurogenetics at the National Human Genome Research Institute and has been involved in the highly collaborative effort toward the positional cloning of genes for Huntington's disease, ataxia-telangiectasia and Niemann-Pick disease type C. He has served on numerous committees and advisory boards, including the editorial boards of the journals Gene and the International Journal of Biotechnology.
Tagle obtained his Ph.D. in molecular biology and genetics from Wayne State University School of Medicine in 1990. He was an NIH National Research Service Award postdoctoral fellow in human genetics in the laboratory of Francis S. Collins, M.D., Ph.D., at the University of Michigan. Tagle has authored more than 150 scientific publications and has garnered numerous awards and patents.