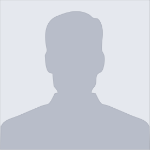 Dr. Maneiro received his Ph.D. degree in 1998 at University of Santiago de CompostelaUSC (Spain), working on the field of artificial photosynthesis. From 1998 to 2000, Maneiro was a Postdoctoral Fellow at Princeton University, USA; in 2004, he was a Visiting Researcher at the RCSI, Ireland. Since 2000, Maneiro has occupied different researcher and academic positions at USC, and he became a Professor of inorganic chemistry in 2007. Maneiro has authored more than 60 scientific publications. His research topics focus on biomimetic catalysts studying their capacity to oxidize water or their antioxidant activity.