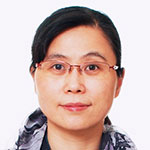 International Conference on Virology
Jintao Li, female, professor, Director and Principle Investigator of Department of Biosafety, Army Medical University (AMU). She got her master's degree in molecular biology fromBiotechnology Centre, Southwest University in 1996 and then became a faculty in Genetics Department, AMU and got her Ph.D. degree in Immunology Institute, TMMU in 2000 and became associate professor and then professor later since then till to 2018. From 2011-2012, she worked in Canada as a visiting scientist. Now she has published more than 100 academic papers and got 5 items of academic awards. Her major interesting is focus on dengue virus and host cells interaction and the molecular pathogenic mechanism.