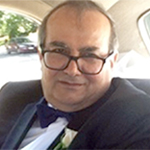 5th International Nursing Conference
Professor Samy Azer is an Australian physician and medical academic and educator. He was honoured to contribute to medical education in several countries. He graduated with a Bachelor in Medicine and Surgery and completed his training in gastroenterology and hepatology in the 80s. He obtained PhD from the University of Sydney in hepatology and a Master in Education from the University of New South Wales. He is a Fellow of the American College of Gastroenterology and obtained a Master of Public Health from the University of New South Wales. He is a Fellow of the Royal Society of Biology, and a Fellow of the Royal Society of Medicine. He was a Senior Lecturer in Medical Education at the University of Sydney from 1997 to 1998 at that time the university was introducing a new PBL program. Then he was invited to join the University of Melbourne from 1999 to 2006 to support the team in medical education unit introducing the new PBL program and changing the curriculum. He is a Visiting Professor of Medical Education at the University of Toyama, Japan and has helped the Faculty of Medicine in establishing its Medical Education Unit. He was Professor of Medical Education and Chair of Medical Education Research and Development Unit, Faculty of Medicine, UniversitiTeknologi MARA, Malaysia from 2007 to 2009. During that time he was a key element in helping the Faculty to be ready and prepared for accreditation of its program. The program was credited for 5 years and the university was the first to be credited in Malaysia. Professor Azer was a consultant to the Victorian Postgraduate Medical Foundation (VMPF), Australia. He has been invited to review curricula in Medicine, Nursing, Dentistry, Pharmacy, Occupational Therapy, and Speech Pathology. He is Professor of Medical Education and the Chair of Curriculum and Research Unit at King Saud University College of Medicine and has played a significant role in introducing the new curriculum and preparing the College for accreditation. The program was accredited for 7 years in 2011. Professor Azer has been invited as a keynote speaker to conferences in Australia, South East Asia, Sweden, Turkey, the Middle East countries and the United States. He has over 100 original articles published in international journals most of them are on medical education. He authored four textbooks on Medical Education. He is Editor at PLOS ONE, United States, Editor at MEDICINE, the United States, and on the Editorial Board of BMC Medical Education, the United Kingdom, and a Topic Editor of Frontiers in Medicine, a partner of Nature Group, Switzerland.