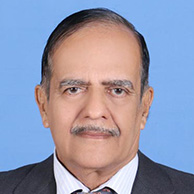 Dr. Ramadasan Kuttan got his Ph.D. (Biochemistry) from University of Madras in 1973 and later did his Post-doctoral studies in Roche Institute of Molecular Biology, Nutley, New Jersey. He also worked at University of Rhode Island, University of Arizona as well as MD Anderson Hospital, Houston as Research Associate. He joined at Amala Cancer Research Centre in 1984 and became its Research Director in 1991. He secured several awards including Raman Research Prize (University of Madras) and Young Investigators award (NCI) and published nearly 250 research papers.