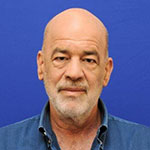 International Conference on Emergency Medicine and Critical Care
Prof. Moshe Salai Graduated his medical studies at Tel-Aviv Sackler school of medicine in 1977. He had a residency in orthopedic surgery at the chaimsheba medical center, Tel-hashomer hospital, where he worked until 2002.
From 2002 till 2010 he was the head of the orthopedic department in Beilinson hospital, Rabin campus, and became the head of the orthopedic division of the Telavivsourasky medical center in 2010 till nowadays.
He did fellowships in Mt. Sinai, Toronto 1987-8, and in MGH Boston 1991-2. Following which he became the founder of the Israeli national tissue bank, and head of the Israeli association of tissue banking, and later, the president of the European association of tissue banks 2001-2004.
He has written over 130 Pubmed cited articles. Actively participate in all previous IMUKA meetings.