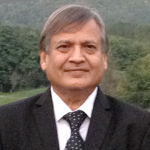 Prof. Mohammad Aslam did his M.S. (Surgery) from Jawahar Lal Nehru Medical College, Aligarh Muslim University, Aligarh (India). He was appointed as Lecturer in Surgery in 1996; Reader in 2004 and Professor in 2010. He is a Diplomate of National Board of Examinations, New Delhi and FRCS(A) from Edinburgh (U.K). He was declared a Member of National Academy of Medical Sciences (MNAMS), India in 2004. His main area of interest and thrust include Laparoscopic SurgeryandUrology.He has been the Examiner of MBBS, BDS, MS & DNB of various reputed Medical Colleges and Universities. Prof. Aslam has been decorated with Fellow of International College of Laparoscopic Surgery. He also has been the expert for recruitment of Medical Officers through Public Service Commissionof India. He has more than 40 publications in national & international Journals.