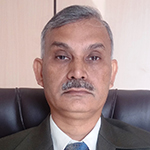 Dr. PK Prajapati a member of Ayurvedic Pharmacopoeia Committee, Scientific Advisory Committee of Gujarat Ayurved University. He was selected as a Reader in IPGT and RA with simultaneously served as a Head of Rasashastra and Bhaishajya Kalpana Department. Being the Director of Pharmacy, Gujarat Ayurveda University, his post graduate research work was awarded with the Nagarjuna Silver Medal by National Academy of Ayurveda, Vijaywada conferred with â€˜Rasacharya Awardâ€™ by the Sri Baidyanath Ayurved Bhavan, Nagpur. In 2015 he received Teacherâ€™s Excellence Award for Number of Research papers by CEE; IASTAM orientation â€œRasvaidaya Nagindas Shahâ€™ award for Contribution in Rasashastra in 2017 at BHU, Varanasi; Shri Indrapratheeyavaidh Sabha orientation Pranacharya awarded ceremony ondhanvantrijayanti in 2017at New Delhi and Devaasharmdhanvantri Bharat Gaurav award in Varanasi. He participated in various national and international seminars and workshops. His pioneer research work includes researches on Makaradhwaja, a popular Ayurvedic Metallomineral formulation and has patented an Ayurvedicher bio-mineral formulation. He has more than 270 research publications which are peered viewed, referred and indexed across many national and international journals. Being a co-author of 3 books on Rasashastra and Bhaishajya Kalpana, he accomplished various research projects, particularly funded by Ministry of AYUSH, Govt. of India, New Delhi.