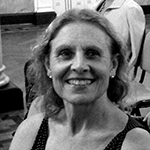 Thirty nine years of the teaching and researching experience. She is Director of Research Group HUM113-Estudios FilolÃ³gicos from Program of Research of Andalusian Government, where she has managed and directed several academic and scientific contracts and research projects, as well as Member of European Scientific Institute (ESI) management team, and membership of Athens Institute for Education & Research (ATINER) in Greece, The Academic Genesis Platform (UAGP) in UK&Turkey and Experts of Academic Excellence Research Centre (EAERC) in Jorda; etc.

She is author of a many works on several aspects of the Arabic science and literature in the Middle Ages, as well as Arabic language and linguistics. She has also participated in different prestigious international scientific Conferences. She has visited a many universities and academic institutions of Europe, United States and Arab countries in order to teach and research. Among her works, we have the study and the translation to Spanish of some treatises of Kitab al-tasrifÂ´s Al-Zahrawi, Ibn QutaybaÂ´s texts, Maqamas of Al-Hariri, The Sicilian Questions of Ibn SabÂ´in, etcetera.