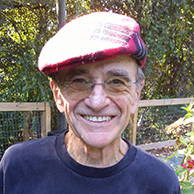 Dr. Henry R. Weller was born on 15 March, 1941 is a Associate Director of the Triangle Universities Nuclear Laboratory for  Nuclear Physics at HIgS. He completed his B.S. in Fairleigh Dickinson University, 1962 and Ph.D. in Duke University, 1967.  He is a Fellow of American Physical Society (elected to Fellowship November 1991) and Phi Omega Epsilon  (elected member at Fairleigh Dickinson University 1968).  His recent award is Selected as an Outstanding Referee by the American Physical Society, 2013.

Dr.Weller's research program at TUNL has been concentrated on using radiative capture reactions induced by polarized beams of protons and deuterons to study nuclear systems. These measurements have permitted him to observe the "D-state" in the 4He nucleus, which arises from the two body tensor force. This result changes the rate of the d+d fusion reaction by almost a factor of 50 at very low energies. This is of great interest in nuclear astrophysics. In the past year, he has focused on studies of (d,n) reactions using very low energy polarized beams. Such studies have not been previously performed. These reactions are of great interest in nuclear astrophysics. Dr. Weller is also working to help develop an intense beam of polarized gamma-rays using the facilities of the Duke Free Electron Laser Laboratory. (Dr. Weller is the Nuclear Physics Program Manager and is in charge of the development of the target room for the HIGS Project at DFELL). This beam will ultimately allow new experimental studies capable of testing fundamental aspects of Quantum Chromodynamics in the low-energy sector, such as the up-to-down quark mass ratio. The experiments at HIGS require very sophisticated targets and detector systems. Dr. Weller is leading the development of these. The first experiments using these setups and the upgraded HIGS facility are expected to begin in the spring of 2008.