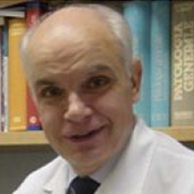 Giuseppe Scalabrino was born on July 4, 1944. He studied at the School of Medicine of the University of Milan and received his M.D. degree magna cum laude in 1968. He has held a number of academic positions in the Faculty of Medicine of the University of Milan. He was Associate Professor of General Pathology between 1971 and 1985; full Professor of General Pathology from 1986 till 2014. He has been invited speaker in various conferences, mainly dealing with the role of polyamines in oncology and subsequently with the cobalamin (vitamin B12) neurotrophism. Among his numerous honors, he received the International Award "Roentgen" from Italian Accademia dei Lincei in Rome for oncological research in 1983. He is author of more than 100 scientific papers and reviewer of numerous International Journals. Dr. Scalabrino's studies of cobalamin neurotrophism have been mentioned and reviewed in 12 american textbooks of neurology, biochemistry, hematology and vitaminology.