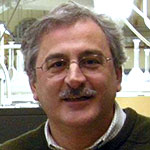 Institute for Bioengineering and Biosciences, Portugal

LuÃ­s P. Fonseca is actually Associate Professor with Habilitation and Ph.D. of Department of Bioengineering at Instituto Superior TÃ©cnico (I.S.T.) of University of Lisbon (U.L.), Portugal and Senior Research Scientist (PI) at the BioEngineering Research Group (BERG), based in the Institute for Bioengineering and Bioscience (iBB) at I.S.T.
Prior positions included Chemical Engineer at Hovione, Lda (1985-1986), a Visiting Researcher atCIPAN, Lda (1987-1988), Post-Doc at The School of Biochemistry and Molecular Biology, University of Leeds (1997-1998), Visiting Scholar at Chemical Engineering Department, University of California, Berkeley(2004-2005), and Visiting Researcher at Institute of Chemistry at University Federal of Rio Grande do Sul, Brazil (2011-2012) and in SÃ£o Carlos at University of SÃ£o Paulo, Brazil (2015 and 2017).