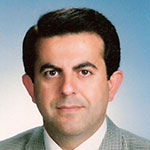 After graduating from the Ankara University School of Medicine in 1984, He has completed his fellowship in internal medicine at the Ankara Hospital and gastroenterology training at the University of Ankara. After completing post-doctoral fellowship, he studied at Chiba University with Mombusho scholarship in Japan for two years. Then he has been appointed Professor of Medicine at the same department in 2001. Afterwards he has been appointed as a head of Department of Gastroenterology and Director of Hepatology Institute of Ankara University in 2017. So far he has arranged sixteen Euroasian Gastroenterology and Surgery Congresses in different country and four Turkish National Gastroenterology Congress as a president of the congresses. He is currently the president of the International Euroasian Gastroenterological Association (EGA) which is found in 1996 in Ankara, Turkey and the secretary general of the Society of Turkish Hepato-Bilio-Pancreatology. And also, he was secretary of the Asian Pasific Association the Study of the Liver (APASL), annual congress 2015-Istanbul. He is an Editor in Chief of Euroasian Journal of Hepato-Gastroenterology which is an official journal of EGA printed by Jaypee Journals in New Delhi, India since 2011. He is a clinical investigator with a broad spectrum of interests, including chronic viral hepatitis, pancreatic diseases, ERCP and tumor markers for gastrointestinal tract diseases.