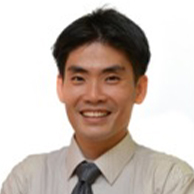 Dr. Cheng Siong Chin received the B.Eng. in Mechanical and Production Engineering from Nanyang Technological University (NTU) in 2000, the M.Sc. in Advanced Control and Systems Engineering from The University of Manchester in 2001, and the Ph.D. in Research Robotics Centre, NTU in 2008. He is currently a Reader (Associate Professor) in Intelligent Systems Modelling & Design with Newcastle University in Singapore and Adjunct Full Professor to Chongqing University, School of Automotive Engineering. He has achieved over 100 publications, 2 books (by IET & CRC Press) and 3 US Patents. His research interests include the design and simulation of complex systems for an uncertain environment. He is a Fellow of the Higher-Education Academy, Fellow of IMarEST, Senior Member of IEEEand a Chartered Engineer with IET. He served as a Lead Guest Editor for the Journal of Advanced Transportation (Special Issue on Intelligent Autonomous Transport Systems Design and Simulation) and organizer for Special Session on Smart and Intelligent Controller Based Grid Integration of Renewable Energy System in IEEE TENCON 2019. He was the Panel Member for Senior Member of IEEE Application in Region 10 in 2014 and 2017.  He was invited as Plenary Speaker and Chief Guest for IEEE International Conference on Power, Energy control and Transmission Systems in 2018 in India. He also involved as the general chair and the technical review committee member in various international conferences (ICRAI 2019 in NTU) related to intelligent systems.He received the Best Paper Award for Virtual Reality of Autonomous Marine Vehicle in 10th International Conference on Modelling, Identification, and Control sponsored by IEEE in 2018 and the Best Application Paper on Dynamic Positioning for Vessel in 11th International Conference on Modelling, Identification and Control, 2019.  He was awarded Emeritus Professor Howard Rosenbrock’s Medal for the Best Graduate of M.Sc. course at The University of Manchester. He received Editor's Choice Article for “Design and Implementation of a Smart Lithium-Ion Battery System with Real-Time Fault Diagnosis Capability for Electric Vehicles,” Energies, 2017. He receivedseveral awards such as DCASE2019 Judges' Award (most innovative and original) for Sound Event Detection in Domestic Environments in IEEE AASP Challenge on DCASE2019 with his PhD student, Mr Teck Kai Chan. He is serving as the Editorial Board Member of International Journal of Modelling, Identification and Control, Inderscience.