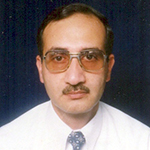 His major contribution lies in the field of Mutagenesis and Carcinogenesis. His investigation on the role of endogenous glutathione (GSH) in determining cellular sensitivity revealed that modulation of endogenous GSH-level influences on rejoining of DNA strand-breaks or induction of apoptosis. He has been engaged in in-depth investigation on raw areca-nut associated oral/esophageal cancers, most prevalent in Meghalaya. His work relating to mitotic checkpoint genes and chromosome instability was published in Nature. His intense work on cancer and later on molecular systematics of trematodes not only is high quality science but has a bearing on the community health of that region.