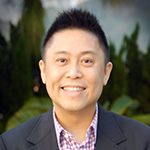 Royal College of Surgeons in Ireland at Perdana University, Malaysia.


Prof. Andrew Law obtained an undergraduate degree in pharmacology at the University of Toronto, then conducted postgraduate research works in cardiovascular physiology and neuroscience at the University of Cambridge and McGill University, respectively. He received his undergraduate medical training at Saint Louis University in the USA and returned to the University of Toronto for postgraduate medical training in psychiatry. Prof. Law is a Fellow of the Royal College of Physicians of Canada, American Psychiatric Association, and Royal College of Physicians of Edinburgh. He is a practicing geriatric psychiatrist, focusing on major neurocognitive disturbances. Prof. Law is an enthusiastic medical teacher and has been holding leading administrative roles in undergraduate medical education for more than twelve years. He is currently the Head of Department of Psychiatry at his medical school and an Honorary Senior Consultant at Hospital Kuala Lumpur.


Deciphering early vascular disturbances as culprits in dementia pathogenesis has been Prof. Law's research interest. He is also involved in translational and clinical pharmacogenomics studies on psychiatric disorders. He is the recipient of an Alzheimer Society of Canada research award on studying the role of nitric oxide in the pathogenesis of Alzheimer's disease. Prof. Law has trained a number of postgraduate research students at the University of Hong Kong prior to his recruitment to Malaysia.