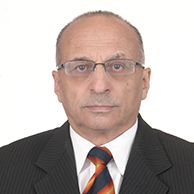 Scientific  degrees.  Doctor of Biological Sciences (1985), the Professor (1986), the Honorary worker of National education of the Russian Federation (1991), the Honorary worker of science of the Russian Federation (1999), the corresponding member of the International Academy of sciences of the higher school (2002), the Academician of the International Academy of Ecology and Safety (2015).