Amsterdam, the greatest planned city of northern Europe, has always been a well-known name in world history and played a central role in the history of the Netherlands. The city is located in the province of North Holland in the west of the country.

Set in the Business Park Liijnden suburb, this upscale hotel lies 9 km from Schiphol Amsterdam Airport, 12 km from Rijksmuseum and 14 km from the Anne Frank House.

Getting to Park Plaza Amsterdam Airport by Public Transport:

The nearest public transportation is tram station Matterhorn in Amsterdam-Osdorp, taking you to Amsterdam Central Station, which is just a 15 min walk from the hotel. The closest train station is located at Amsterdam Airport Schiphol.

The best way to get to the hotel is by our complimentary shuttle bus. The shuttle bus will leave from the Arrivals at Schiphol airport.

• If you arrive by plane or train, walk outside at the Arrivals

• Turn to your right and walk to the furthest bus stop

Venue will provide complementary shuttle bus arrives at the airport every day between 05.30h and 23.00h every 30 minutes. In case you cannot find the shuttle please contact the hotel.

• From Amsterdam Central Station, walk outside, towards the tram station

• Look for Tram 1, direction towards Osdorp

• In the tram you can buy your tram ticket (approximately €2.90)

• The last stop on the tram is station Matterhorn, get out the tram at this stop

• Leave the tramstop and walk southwest towards Wijsentkade

• At Wijsentkade cross the street (walk straight ahead)

• Turn to your right and at the traffic lights turn left

• Walk across the bridge

• Walk across the car park towards the sliding doors, you can go up by the stairs or elevators to the reception. 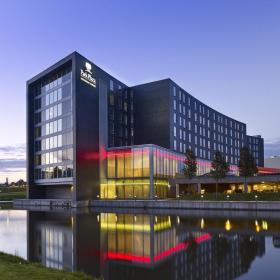 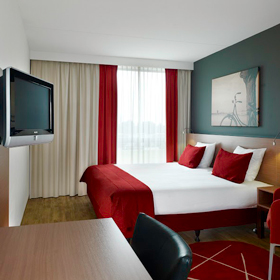 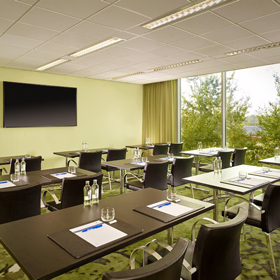